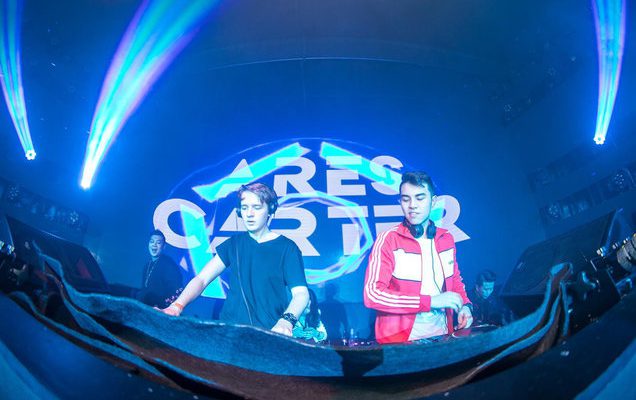 out now on Spinnin’ Records

This year was the most successful one ever for Carta with his astonishing new single “Faking.”

The track is an exciting, vocal house tune, blending subtle future house grooves with melancholic melodies and inviting, R&B-tinged vocals. Teaming up with New York DJ/producer Ares Carter and out now on Spinnin’ Records, the result is nothing less than dance-floor magic, bursting of feelgood energy and jubilant chords.

“I met Richard (Ares Carter) during the Miami Music Week in 2014,” Carta shared with Billboard Radio China. “We clicked immediately and have been talking about doing a track together since then. Recently, I’ve been getting more and more into house music, and when Richard played me a rough track of his, back in March, I immediately heard what it could become. We continued to work on it together, then bounced it back and forward after I was in Shanghai.”

“‘Faking’ has got a very special place in my heart because I haven’t done anything this radio friendly since 2016,” Carta continued. “I never wanted to put out a radio track just for the sake of doing it, so it had to feel right. With this record, it felt right from the start.”

Ares Carter also recalls connecting with Carta four years ago. “I worked on the track at home in New York while Carta worked on it in Shanghai, so it’s cool to have a record made on opposite sides of the world,” he shared to Billboard.

Carta has been performing at major festivals all over the world, including Ultra Music Festival Miami, Tomorrowland, Creamfields UK and EDC Japan, as well as major gigs in his home country like Creamfields Shanghai, League Of Legends Chinese Championship Ceremony and, closing off the year later this month, at the mainstage of the ISY Music Festival, alongside headliners like Axwell & Ingrosso, Armin van Buuren and Don Diablo.

New York City’s Ares Carter started his career at age 14 with a residency at Pacha NYC. In 2014, he toured as the official DJ for ILoveMakonnen, making appearances across the globe alongside the international pop/hip-hop sensation. He has taken the stage at renowned festivals around the world such as Electric Zoo NY, Mysteryland USA, Diplo‘s Mad Decent Boat Party and Ultra Music Festival in Korea and Japan.