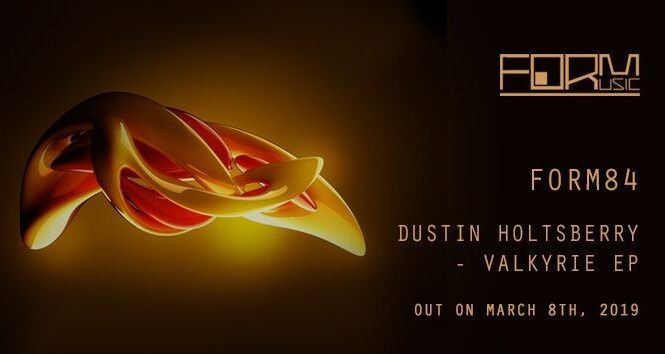 with the formidable four-track ‘Valkyrie’ EP, out now

2019 has already been a prolific year for POPOF’s FORM Music. Following the release of Karden’s critically acclaimed ‘Racing the Moon’ EP on February 8, and the second volume of the label’s vinyl-only compilation series ‘Reformers’ back in January, the formidable Frenchman’s long-running techno imprint now announces an impressive new EP from up-and-coming American artist, Dustin Holtsberry.

Hotly tipped as one of the most exciting young producers on the US techno circuit, Dustin Holtsberry makes his debut on FORM Music with the formidable four-track ‘Valkyrie’ EP, out now.

Holtsberry’s rough, groovy, rolling minimal techno holds within a dark, danceable, psychedelic bent across the entire EP. From the title track ‘Valkyrie’ all the way through to the emphatic closer ‘The Trip’, his tracks are full of ecstatic, soaring peaks and plunging lows, held together by round, punchy snares.

For further information on FORM Music and Dustin Holtsberry, follow their social channels below.