The last day of October is Halloween—a time of the year when children dress up as ghosts or other spooky creatures to go trick-or-treating for various kinds of sweets. As a thrill-filled night that provides the excitement of dressing up, the beloved holiday goes beyond children’s festivities, and it is now celebrated around the world thanks to popular celebrities. In Korea, young people celebrate Halloween as a part of their party culture, and it is widely popular for being a special experience that features eerie vibes and unique costumes. In line with their high-held Halloween spirits, a massive Halloween festival was held in the country last weekend.

A participatory EDM festival titled ‘Escape: Psycho Circus Korea(Escape Korea)’ has landed in Korea. Over the two days of festivities held 25 and 26 October, 30 artists including the likes of Marshmello, Kaskade, Galanntis, Jauz, Slushii, Seven Lions, and more appeared on stage, and the festival successfully wrapped up its first edition attracting a total of 35,000 attendees. 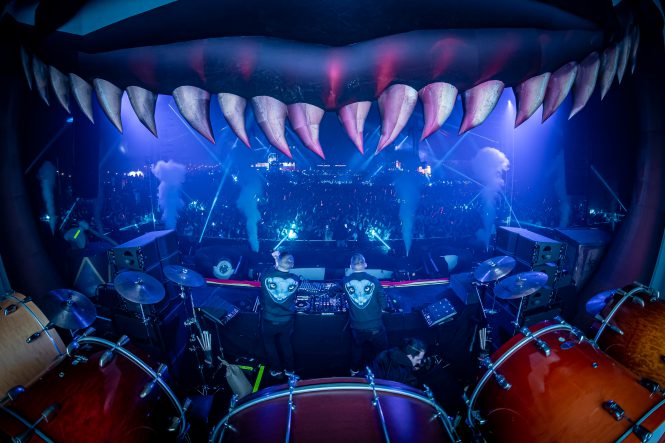 On the first day of Escape Korea, the main stage show kicked off with the performance of Dream Hackers.The local DJ’s set was followed up by Raiden—a widely known artist both in the local and foreign scene—who started to elevate the energy level. Another popular figure who earned his fame through local EDM festivals, Kungs kept the dance floor going wild with a stellar performance. The highlight of the day was the American DJ Jauz. The artist was tearing up the crowd with his remix of the Korean hit song ‘Baby Shark’. It almost felt wrong not to dance, and everyone at the festival were heavily grooving to the beat. For the final show of the day, Marshmello appeared behind the decks and took the stage by storm with his energetic performance, proving himself worthy of being nominated as the number 5 DJ in the world this year.

On the second day of the festivities, producer/DJ GooseBumps drew the attention of the crowd as he brought hip-hop artist Sik-K onto the stage during his set. Seven Lions, known for his cute Korean nickname, also rocked the crowd. The DJ won the hearts of the audience with his signature head-banging performance, one that bore a close resemblance to a real lion. A duo popular for their blend of EDM and pop, Galantis excited the crowd with their one-of-a-kind drum performance. The last day of Escape Korea was closed by Kaskade, a well-known artist among EDM as well as non-EDM fans, who gave a passionate performance that made everyone forget about the cold weather. 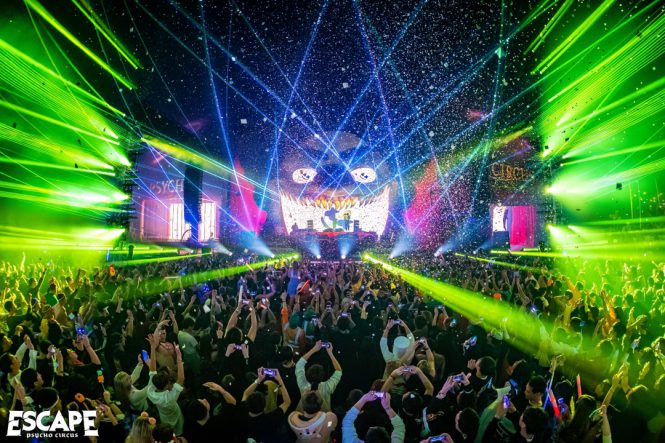 The main stage of Escape Korea was a pure work of art. The giant, 17-meters tall circus tent looked like as if they brought the exact same installations from the original Escape festival in the United States. The DJ booth was located in the stage, which was designed as a large face of a grinning clown. Despite the cold weather, everyone was warmed by the excitement and joy that came with the circus-themed main stage.

Like a Halloween festival, the crowd actively participated in the festivities. Most of the crowd enjoyed their first local Halloween festival with unique ideas and well thought-out costumes. The thieves from the popular Netflix series ‘The Money Heist’, characters from this year’s box office hits such as ‘Joker’ and ‘Maleficent’, a monk holding a bible, Kaonashi from the anime ‘Spirited Away‘, and more unique costumes drew my attention. Aside from the costumes, what made the people at Escape also stand out was their make-up. It was hard not to find a person who was “bleeding”, and there were often people who wore clown make-ups to match the circus theme of the festival. Escape Korea also provided Halloween make ups for those who didn’t prepare in advance. 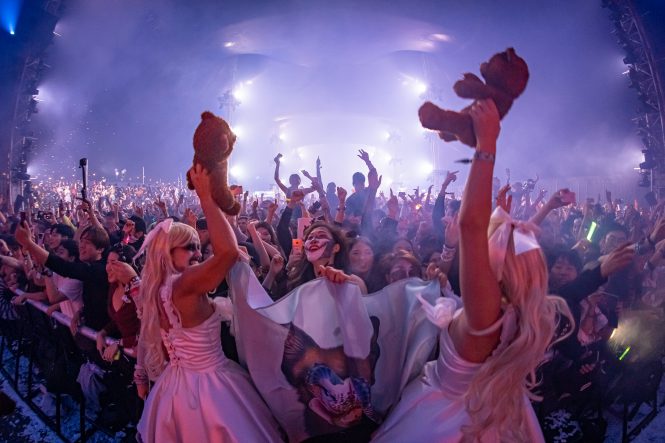 Ranging from food trucks and photo booths to rest areas, every corner of the festival grounds provided various services —all of which were also decorated for Halloween, allowing the crowd to enjoy every bit of the festival. Escape Korea was also joined by the performance team consisted of Majorette Fiends, Misfit Children, and Needle Nurses. Through their stellar performances, the artists connected with the crowd and added their vibrant flare to the festival.

Popular festivals don’t always turn out to be a success. Escape Korea pushed for a unique theme despite the difficulties associated with launching its first edition in Korea. The brand also furthered the party concept by turning it into a place where the crowd could also participate, and in turn become a part of the festivities. We have high hopes for the next edition of ‘Escape: Psycho Circus Korea’ returning next year.