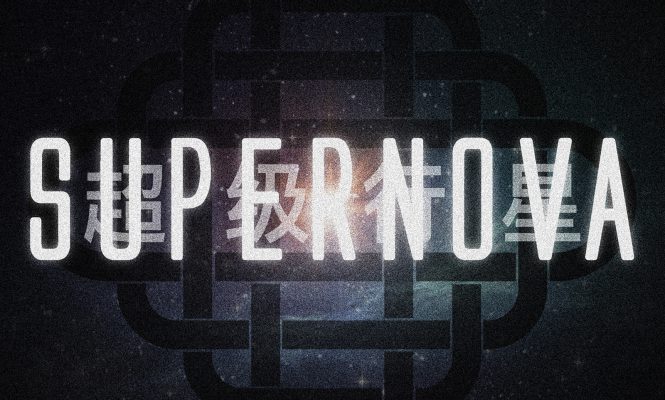 Out now on CONECTD, a new imprint with a motif of the Modern Silk Road

‘Supernova’ is the second collaboration project of a new imprint CONECTD, followed by ‘Northern Lights’ by Third Party and Nell. This time with a Korean American rapper Junoflo – a West Coast Icon who gained a rapid fame through a popular TV series in Korea, Show Me The Money – met Curtis Cold, one of the most respected electronic producers in China who produced Kris Wu’s July and was included in the Forbes 30 Under 30 China 2018.

The Urban track opens with Curtis’s dreamy instrumental layered with an astronaut’s voice count downing five to zero, and is followed by WHO$’s mournful vocal. Led by Junoflo’s flawless rap, the track gives an illusion of having watched a SF film after listening.

The title ‘Supernova’ possess a meaning of a star’s explosion that is so bright, which can be seen as if it is a new star. Just like this explosion that takes place to be the brightest star in the space, the three artists came together and created ‘Supernova,’ demonstrating an explosive synergy.

A newly launched series <CONNECTED MINDS> is published on CONECTD’s official YouTube channel to present how Korean-American artist Junoflo and Chinese artist Curtis Cold collaborated to create ‘Supernova’ along with their personal interviews and background stories. The series will continue with CONECTD’s upcoming collaborations and is expected show how CONECTD acts as a Modern Silk Road between artists from different regions.

The new imprint CONECTD was launched to capture the opportunity to bridge the talents from the East and the West, and connect the best of the two worlds, K-Pop and Electronic music. With a motif of the Modern Silk Road, the label is led by UC Management, the powerhouse behind Asia’s biggest dance music festival and planning on bringing different artists from all over the world to create something that was never done before.

Label CONECTD was the exclusive conference organizer in 2019 Amsterdam Dance Event, the biggest dance music conference in the current scene, and is contributing to promote Asian artists around the world.