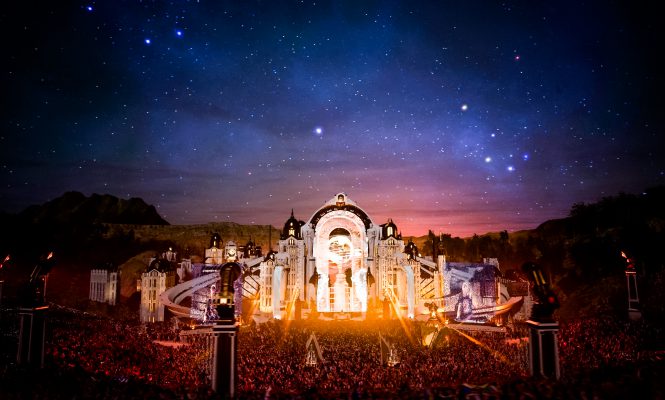 TOMORROWLAND AROUND THE WORLD ATTRACTS OVER 1 MILLION VIEWERS

Tomorrowland’s foray into the digital concert space was a successful one.

In a virtual world with no semblance of COVID-19 concerns, Tomorrowland Around The World proved to be a smashing success.

Tomorrowland‘s foray into the digital concert space was announced back in June after its in-person event was shelved due to the coronavirus pandemic. Considering the notion that the venerated Belgian festival is one of the world’s largest and most popular, expectations were high for the event, which featured a mammoth lineup of EDM’s corps d’elite.

Following the Sunday, July 26th conclusion of Tomorrowland Around the World, organizers reported some staggering numbers from Pāpiliōnem, the magical island they conjured for the inaugural digital event. Over 1 million viewers tuned into the virtual fest from an exhaustive list of countries—an impressive figure considering the fact that the event was not free, like the vast majority of digital concerts in the COVID-19 epoch.

According to a press release, the rigs had a total of 38 cameras—including 6 4K Ultra HD units—during the recordings, allowing for a wide range of shots and immersive angles. Moreover, the 3D environment of Tomorrowland Around the World had “10 times more polygons and lights compared to a modern computer game.”

Those who purchased a weekend ticket can revisit Pāpiliōnem and watch individual DJ sets for two weeks starting on Wednesday, July 29th.