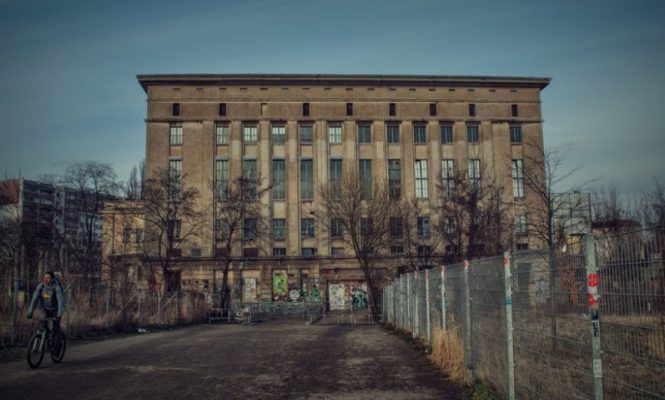 Photos inside the venue are still very much forbidden

Berghain has officially reopened its doors as an art gallery.

The plan for the venue to temporarily shift its focus to an art exhibition was initially revealed last month. Staff previously working at the club have been retrained as tour guides, while the front of the club has been draped with a banner that says “Morgen ist die frage” (meaning “tomorrow is the question”).

The first exhibition Berghain is running is called ‘Studio Berlin’ and showcases work from a number of Berlin-based artists, including Wolfgang Tillmans. The project has been put together by art collectors Christian and Karen Boros, along with art curator Juliet Kothe. It’s initially due to run until December, and pictures from inside the venue are still forbidden in-keeping with Berghain’s usual policy.

“You’ll be leaving this gallery with a head full of memories and ideas, not with pictures to adorn your social media feeds,” collector and curator Christian Boros told The Guardian earlier this week.

As well as photographs from Tillmans, ‘Studio Berlin’ also features a sound installation from Sam Auinger and Hannes Strobl, polaroids of flowers purchased during the lockdown by Ketuta Alexi-Meskhishvili and a painted carpet by Thea Djordjadze.

Berghain has been closed since mid-March due to the coronavirus pandemic.