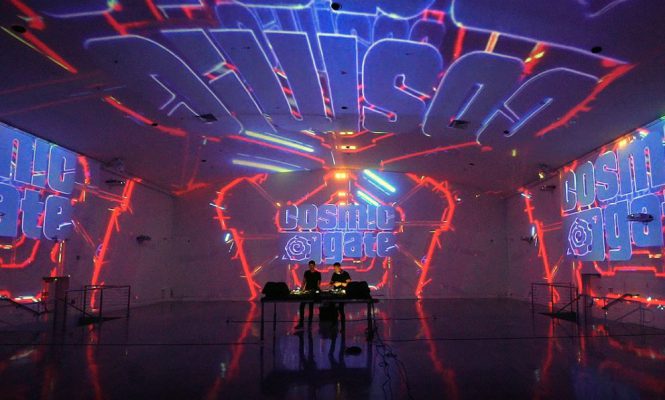 Two Saturdays in October, two events, one dream-factory of a venue.

In October though, Nic & Bossi will go beyond the simply groundbreaking to take premium-livestreaming to its zenith. Long story short: if you can’t come to Cosmic Gate, Cosmic Gate are gonna come to you. And better yet, in the comfort of your own home! CG will perform two concerts from Miami’s The Temple House dream-factory – a place where the only real limitation is the artist’s imagination. Globally recognised and award winning for its 360-degree projection mapping, the venue will host the concerts in their digital environment, delivering shows the exact likes of which have never been seen before.

On Saturday October 3rd, Cosmic Gate will perform For Your Mind – a two-hour concert, backed  – or more accurately mapped – by retina wowing, purpose-created visuals. Featuring a wealth of new and exclusive CG-composed music, each track will be accompanied by its own thematic take-you-there graphics. Music featured will include new Cosmic Gate & Andrew Bayer collab ‘The Launch’, as well as the CG remixes of Andrew Rayel’s new single ‘Everything Everything’ and their exceptional take on Joe Smooth’s endlessly hope-filled ‘Promised Land’. Also playing their part will be recent CG releases ‘Universal Love’ & ‘Your Mind’, and the desk-hot latest & greatest from trance music’s highest-achievers. Two weeks later on Saturday October 17th Nic & Bossi will be back with their second concert The Classics.

You can check out this amazing teaser video below.