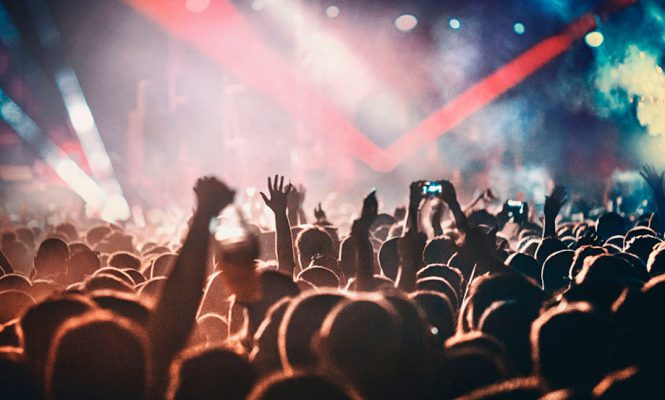 The PRIMA-CoV study meets its primary endpoint, with no SARS-CoV-2 infections in a live concert

None of the participants in the clinical trial hosted by Primavera Sound were infected with the coronavirus.

Primavera Sound, the Fight AIDS and Infectious Diseases Foundation and the University Hospital Germans Trias i Pujol in Badalona (Barcelona), publish the results of the PRIMA-CoV study with the satisfaction of having carried out a rigorous clinical trial that can be very useful with a view to the future celebration of events in indoor venues: none of the participants in the Sala Apolo event on December 12th (a concert without safety distancing and with a previous screening with antigen and PCR tests) was infected with coronavirus.

These are the details of the results of the PRIMA-CoV study:

The PRIMA-CoV study is a randomized 1:1 clinical trial testing the hypothesis that a live concert performed under safe conditions would not be associated with an increased risk of SARS-CoV-2 infections. The study was approved by the ethics committee of the University Hospital Germans Trias i Pujol in Badalona (Barcelona).

The performance took place on December 12TH in the sala Apolo, in Barcelona. All participants signed an informed consent, had 18-59 years, no comorbidities, were not living with old household contacts, and had not been diagnosed of COVID during the last 14 days. All of them had a same-day entry screening with a negative SARS-CoV-2 antigen test performed in nasopharyngeal swabs by health-care personnel.

A series of safety measures were implemented inside the venue as well. There was a delimited outdoor place for smoking inside the building with a strict control of the number of people in the place. The bar zone (with a capacity of 1600 attendees) was located in a supplementary room and drinks were served only in that zone. Alcoholic beverages were allowed. Participants were asked to remove the face mask only when drinking.

A certified N95 cloth mask was given to every participant at the venue entrance. Mask wearing was mandatory during the entire event, but no physical distancing was required in the concert room (with a capacity of 900 persons), where singing and dancing was permitted as well.

All air flows and room ventilation were optimized in the two indoor rooms and air exchange was monitored along the entire event.

The concert included 4 performances: 2 Dj sessions and 2 live music with groups, during 5 hours overall. The median time the participants spent inside the concert was 2 hours and 40 minutes. The flow movement of all the participants inside the venue was previously defined and marked, clearly delimited, and observed by the security crew during the event. Measures were implemented to avoid queues in toilettes and in the concert entrance and the way out.

All 1047 participants screened before the concert had a negative antigen result. Subjects were randomly assigned 1:1 to go inside the concert (active arm) or not (control group). All of them  had to come back after 8 days to repeat a second SARS-CoV-2 rt-PCR in nasopharyngeal swabs to identify possible SARS-CoV-2 infections. 500 subjects was the maximum number allowed by healthcare authorities to be inside the venue. Of them, 463 entered into the concert and 496 remained in the control group with no access to the concert venue, and completed the follow-up visit.

The two infected people from the control branch were detected by rt-PCR and by antigen test. Both suffered from a mild clinical illness, which was reported to the health system and underwent an epidemiological questionnaire and contact study.

Therefore, attending a live music concert staged with a series of security measures that included a negative antigen test for SARS-CoV-2 done on the same day, was not associated with an increase in COVID-19 infections.