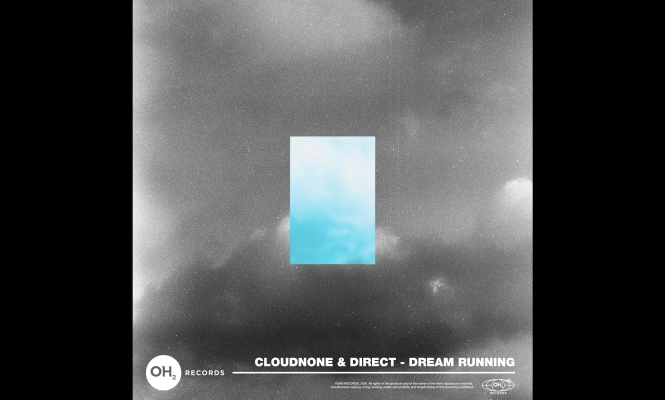 After collaborating on ‘Told U’ and their ‘Guilty Pleasures‘ EP, CloudNone and Direct have proven themselves to be ones to watch in the electronic space. With last Friday’s release, ‘Dream Running’ on OH2 Records, the duo unleash their freshest collaboration to date.
STREAM: CLOUDNONE, DIRECT ‘DREAM RUNNING’ [OH2 RECORDS]

Kicking off with soft piano chords and dulcet vocal samples, the track soon builds up with a pumping, buoyant beat. Proving their skills as producers, the duo ensured the energetic instrumental chords intertwined with the vocals perfectly. The chunky beat propels the track along and the reverb and pitch-shifting sounds cut through the track like a knife. Energetic yet calming, ‘Dream Running’ creates a trance-like space for both fans and new listeners

Debuting with ‘None Trick Pony’ in early August 2018, CloudNone has quickly grown into an acclaimed artist. Garnering millions of plays and support from the likes of Tiësto, Don Diablo, ILLENIUM and more led to him score an exclusive release with the famed video game Rocket League. The highly successful remix of his track ‘From Here’ by ATTLAS has marked a pivotal point in the talent’s career, boasting over 500.000 streams across various platforms. ‘Dream Running’ is a highly-anticipated addition to his ever-growing catalog, and will undoubtedly impact the electronic dance community once again.

About OH2 Records:
After launching his first label Heldeep Records in 2014, international superstar Oliver Heldens felt it was time to focus on the more commercial leaning side of the scene. Kick-starting his newest label OH2 Records with the release of his own track ‘Set Me Free’, the bar for the label is set high. The first artists are being signed to the label as we speak and are very promising, to say the least. With Heldeep Records releasing the tastemaker club and house records, OH2 Records is ready to dominate the industry with more commercial leaning, streaming focused productions.