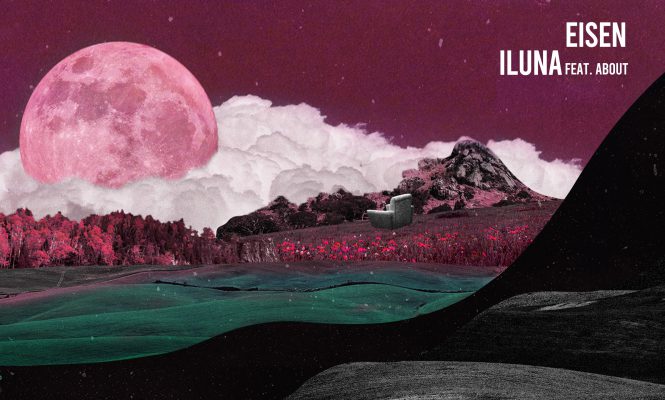 Out now on CONECTD MIX, a label with the goal of bringing Asia’s fine DJ/Producers to the West

Eisen, actively collaborating with domestic and foreign artists, has released an enticing new single ‘Iluna’. He presents emotional music and continues to collaborate with Korean artist such as ABOUT, 9duck and Glen Check. Also. He released EP ‘CLUB MILD’ in 2020, and was featured on a popular YouTube channel ‘Mellowbeat Seeker’.

The new single ‘Iluna’ is a Future Bass track, a subgenre of electronic music, featuring Eisen’s unique jazz arrangement. “I combined three materials for ‘Iluna’ : the moon, night, and dream. The song tells a story about a guy who confesses to himself in his dream about his heartbroken state after he broke up with his lover.“ Eisen explains.

A Korean Singer-songwriter ABOUT, engaging in various activities including the OST of popular drama ‘SKY CASTLE’, featured on ‘Iluna.’ He has continued his own move in the Alternative and R&B scenes, through his first EP album “Miserable” and “Fortunate Islands” in 2020. “The chorus, ‘Hurry Wake Up,’ is a phrase the speaker says to make himself realize his true feelings.” ABOUT describes.

‘Iluna’ is the fourth single released by CONECTD MIX which is under the bigger branch label, CONECTD. Sharing the same goal as CONECTD, CONECTD MIX acts as a Modern Silk Road by creating opportunities for Asia’s hidden artists to promote their music in different countries around the world. ‘Iluna’ released on March 5th 2021, is now available on all global streaming platforms.