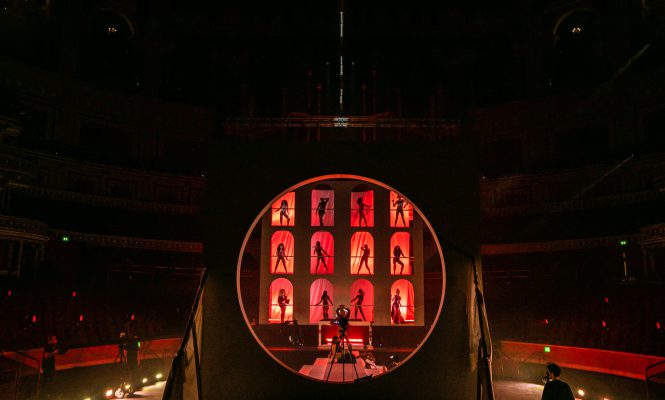 A project that has been two years in the making, with filming taking place around the world pre-lockdown, nightlife phenomenon Glitterbox can now reveal the global release of its debut feature documentary, Where Love Lives. Exclusive to YouTube and free to view, the three-part event will kick off with sets from Glitterbox’s world-class DJs, moving seamlessly into the film’s world premiere. Viewable on YouTube from March 18th 2021 starting at 8pm GMT, the premiere will be followed by a virtual after-party (with more details to be announced soon), using YouTube’s new Live Redirect technology. The film will then continue to be available to watch globally on the service.

Where Love Lives is a story of music’s enduring power to manifest diverse and inclusive community, and the power of that community to accept and embrace, to liberate, even to save lives. It’s a story of acceptance and creative expression – empowered, enabled and soundtracked by club music. Glitterbox ambassadors Lucy Fizz, TeTe Bang and The Mx Fit take centre stage, opening up about the deeply personal moments that brought them their calling in clubland, and what they found there that made them stay. Through extensive exclusive interviews with titans of nightlife culture, Where Love Lives contributors Billy Porter, Honey Dijon, Kathy Sledge, Kiddy Smile, John ‘Jellybean’ Benitez, Kae Burke (House Of Yes), Fiorious and many more explore how those driven to the margins of society are welcomed unconditionally to the centre of the dancefloor.

Through the stories of Glitterbox’s kaleidoscopic family of artists, dancers and queer performers, Where Love Lives explores themes of identity and self-expression and the vital importance that clubland plays for those whose identities are not fully accepted in the mainstream. Expertly navigating through nightlife culture’s history, and introducing its present, the film meets the fabulous creatures that inhabit it, and connects the dots that drew each of them to answer dance music’s call.

“Do not look for validation on the outside. Be your own validation, speak life into yourself. Find your tribe, find your family, find your chosen family, who understands how to love you unconditionally.” Billy Porter

For the first time using YouTube’s recently released Live Redirect and ‘premiere’ technology, Glitterbox alongside parent label Defected will be connecting the dots between live streaming and film launch to turn the premiere into a huge global watch-along event – the next step in Defected’s multi-award-winning Virtual Festival series in 2020, which saw YouTube collaborate with the labels to reach millions of people worldwide through live streamed events.

Director Brilliams describes his intentions for the film: “I’ve always been fascinated by the positive effects of music and the communities that grow around it. Since the inception of dance music, dancefloors have been rich ground for community, and an incredible representation of cultural identity and self-expression. Everyone has their own journey to the dancefloor and their own voyage of self-expression to navigate. Through the stories of the kaleidoscopic family of performers that give Glitterbox its heart and soul, we set out to show why those journeys are so incredibly important.”

Where Love Lives will be premiered exclusively across YouTube on Thursday 18th March 2021 at 8pm GMT, and available to watch for free on the platform immediately after.

Glitterbox is a nightlife phenomenon and record label conceptualised in 2014 by Simon Dunmore, founder of house music institution Defected Records (est. 1999). Since its inception, Glitterbox has generated an inclusive, uplifting party atmosphere designed to unite all ages, persuasions and walks of life on the dancefloor. With the aim of showcasing dance music in its purest forms with the world’s most respected DJs and rising stars, the party’s dancers, drag queens, performers and world class production have helped to make unforgettable dancefloor moments across the globe.

Hosting its 21st century disco at world renowned venues such as Printworks and Ministry of Sound in London, Hï Ibiza, and House Of Yes in New York, Glitterbox successfully navigated the move to the virtual world during the coronavirus pandemic in 2020. One of the world’s hottest parties, their signature glittering production, euphoric moments and welcoming atmosphere were replicated digitally for the first time. Alongside parent company Defected Records, their multi award-winning and nominated Virtual Festival series throughout lockdown raised $1.2 million for the WHO’s COVID-19 Solidarity Response Fund, accumulated over 19 million views and featured on the BBC, Sky News, Le Monde, The Telegraph, Financial Times and thousands of other outlets. Awarded DJ Mag’s Best Virtual Festival and DigiDay’s Best Collaboration, Defected and Glitterbox’s online events became known as “ruling the lockdown”.

Meanwhile, the Glitterbox imprint releases music from the likes of Billy Porter, The Shapeshifters, Purple Disco Machine, Mousse T., Folamour, and many more. The accompanying compilations and radio show distil Glitterbox’s unique and infectious energy, digging deep into dance music history and the very finest new sounds. Truly a force to be reckoned with in global nightlife culture.