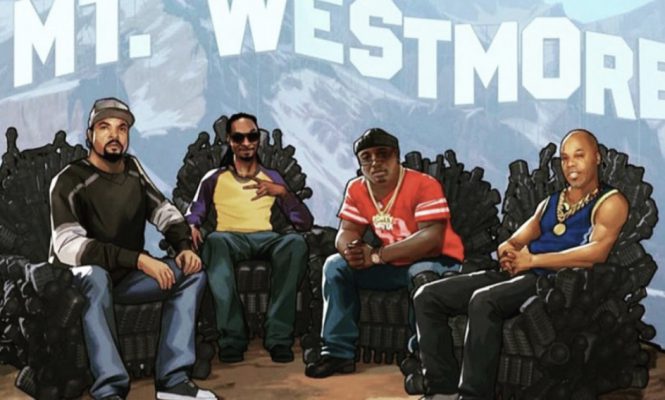 The debut album from the group lands in April

Dubbed Mt. Westmore, the supergroup of West Coast rappers was first revealed last year on the Serch Says podcast by Too $hort, who became involved in the project after a phonecall during lockdown from E-40 and Ice Cube.

The first, self-titled LP will drop in April this year, and E-40 and Too $hort confirmed that another West Coat pioneer, Dr. Dre, will feature on ‘Mt. Westmore’.

The group previously shared ‘Step Child’, which featured on the soundtrack for 2019 film ‘American Skin’. Check it out below.

On Monday, Death Row Records announced that the label would reissue four classic albums via cassette from the imprint’s back catalogue, including 2Pac’s 1996 LP ‘All Eyez On Me’ and ‘The Don Killuminati (7 Day Theory)’, recorded under 2Pac’s Makaveli alias one month before his death.