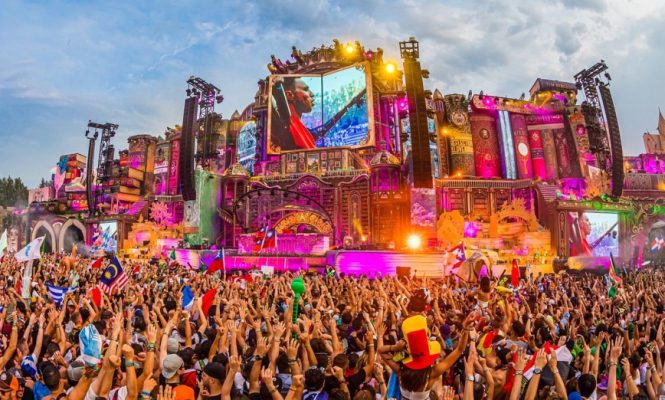 The festival’s organisers have shared a statementWords: EOIN MURRAY

A new statement from the festival’s organisers confirms that, following last week’s decision by Belgian officials to not allow the annual event to go ahead in 2021, Tomorrowland will be cancelled for the second year in a row due to COVID-19.

Tomorrowland’s statement reads: “It is with heavy heart our organization must announce that the 16th edition of Tomorrowland Belgium cannot take place in 2021. The entire team fought till the end and did everything in their powers to write a new chapter in the history of Tomorrowland.”

You can read the festival’s full statement here.

Just weeks after Tomorrowland’s organisers told Billboard they were feeling “very positive” about its 2021 events, last week, the mayors of Boom and Rumst — where Tomorrowland is held annually — placed a ban on this year’s event happening amid concerns over rising coronavirus cases internationally.

In a press conference in Belgium on 17th June, officials told reporters that while they regretted the decision to force the ban on Tomorrowland, they would need to follow “current law”, and after considering the dangers of the recent COVID-19 Delta variant outbreak, they had decided that Tomorrowland was too great a risk to public health and safety.

Jeroen Baert (N-VA), mayor van Boom, said: “We are concerned about the health situation. We bear a great moral responsibility. I would find it difficult if there were victims due to a local corona outbreak. That is why we cannot approve this application now. The experts have been very clear to us, we can’t ignore that.”

Tomorrowland’s 2020 instalments were cancelled due to the pandemic, and 2021’s edition had already been moved to later in the year to try and avoid postponement.

Tomorrowland shared a statement with DJ Mag last week, which said: “No Tomorrowland for the second year in a row would in any case be a huge disaster for our company, but also for the more than 1500 suppliers involved, many freelancers and our thousands of employees. We are still 100% prepared to organise everything as professionally as possible if the epidemiological situation allows, and to celebrate a great end of the summer together with our visitors.”

Earlier this week, Belgian officials reaffirmed their position, stating that they would not be swayed on their decision to not allow the festival to go ahead.

The festival’s digital offering, Tomorrowland: Around the World, will run on 16th and 17th July 2021.