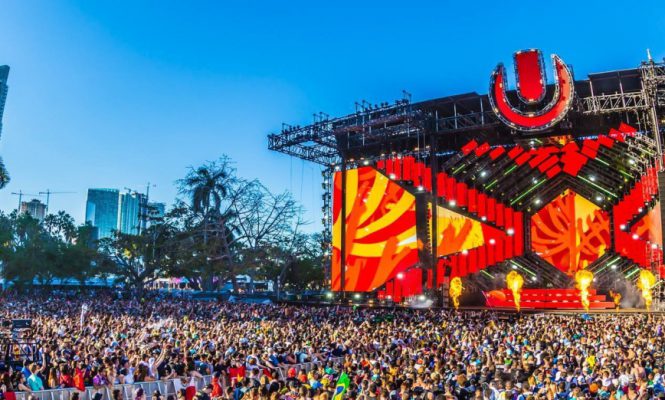 Ultra Music Festival (UMF) has revealed the set times for its flagship Miami festival, which is taking place at Bayfront Park across 25-27th March 2022.

Kygo and ILLENIUM will close out the Main Stage following DJ sets from the likes of David Guetta, Tiësto, Alesso, Martin Garrix and Armin van Buuren. The Main Stage will also host Ultra’s mysterious final closing act on the Sunday, as well as welcoming the worldwide debut of Vintage Culture b2b Claptone.

Armin van Buuren will take A State of Trance to the Worldwide Stage on the Friday for its 10th UMF takeover, with headlining sets also from Zeds Dead and Knife Party. Elsewhere, Carl Cox — who will debut his three-hour Hybrid Live set at UMF 2022 — has lined up a host of house and techno DJs for his three-day underground bash, Resistance MegaStructure, including Adam Beyer, ANNA, Amelie Lens, Sasha b2b John Digweed, and more.

UMF 2022 will mark its return to Bayfront Park for the first time since 2018, having reached a historic agreement with the Downtown Neighbors Alliance (DNA), a residents’ organisation representing 13 apartment blocks in central Miami. The three-day event was forced to relocate to Virginia Key in 2019 as a result of noise pollution and public nuisance complaints.

In 2020, UMF events were cancelled due to the onset of COVID-19. Determined to keep the party going, organisers launched their first “Virtual Audio Festival,” which featured exclusive DJ sets from a number of artists who were due to play at the IRL edition of Ultra Music Festival, including Armin van Buuren, Afrojack, Major Lazer, Martin Garrix, and Above & Beyond.
Tickets for UMF’s Resistance festival are available here. Check out the full stage line-ups below.