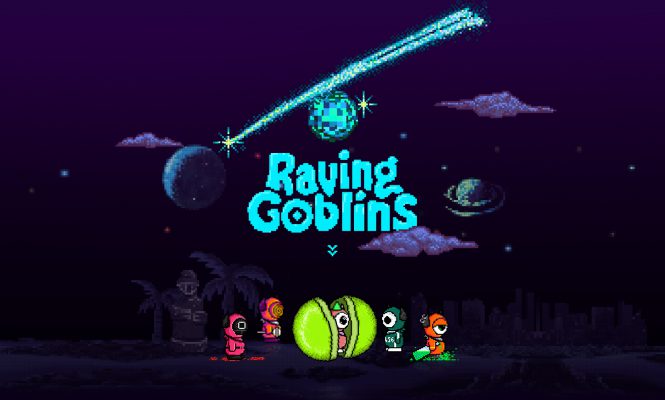 WEB 3.0 DIGITAL ART GROUP ‘RAVING GOBLINS’ is about to LAUNCH

Drawing on a wide range of art and entertainment media expertise from members based in South Korea and the United States, the Raving Goblin team has created 10,456 unique collectible goblins based on a diverse array of concepts. These goblins combine distinct worldviews, a variety of characteristics, and intriguing artistic tastes.

Raving Goblins love to party and prize art. And now, the biggest partiers in the history of the universe are bringing their blowouts to Earth! They’re waiting in anticipation for Earthlings to join them in their love for art and raves. Each goblin represents their owner’s love for music, dance, and art, and are especially a symbol for being in – this makes them distinct from CryptoPunk, which represent wealth among NFT collectors.

The Raving Goblin NFT collection will be sold in the form of Draw (Gacha). 456 out of the 10,456 pieces available are a combination of Squid Game and Raving Goblins; users who mint them qualify to participate in a special Squid Game community event.

This community event features simple games and prizes for the top three winners. First place will win one of the rarest NFTs, and second and third place will each receive a cash prize of $10,000 as well as access to the club VIP table. The NFT launch will start on Feb on the official site at www.ravingggoblins.club.

The use of KLAY as currency will also increase the accessibility for NFT collectors both domestically and globally. After launch, transactions between members will be possible through the NFT Marketplace: Open Sea.

The Raving Goblin project has a comprehensive roadmap for expansion and growth, with plans to work with offline music festivals, musical performances, parties, DJs, and kpop artists.

An offline showcase and VIP pre-launch party will be held on Feb to anticipate the launch of the Raving Goblins NFT project. The showcase will feature Raving Goblins products on display as well as real life performances by the goblins themselves.

The official launching party will be around end of Feb for general audiences in the Cheongdam-dong area.