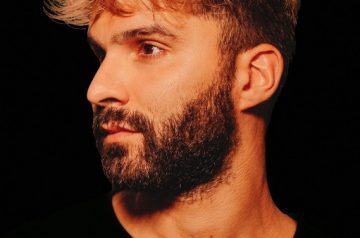 R3HAB’s 2021 crossover pop smash with Jonas Blue might suggest he is a ‘Sad Boy’, but he’s certainly got nothing to be glum about. 2021 has been another exceptional year as the Moroccan-Dutch artist has continued to push his feel-good fusion to new heights — including giving the world an unlikely (but very successful) cover of Nirvana’s grunge anthem ‘Smells Like Teen Spirit’! Other significant releases this year include the TikTok viral smasher ‘Fendi’ with rappers Smokepurpp and Rakhim, the heartwarming love song ‘Close To You’ with US heavyweight Andy Grammer, and ‘Pues’, a smoking dancehall twist-up with none other than Sean Paul! There’s been plenty more, but R3HAB hints at even higher levels in the future as he’s put his lockdown time to very good use.

“I’ve been working on the new album nonstop,” he tells us. “It’s been great to have uninterrupted studio time, something I haven’t experienced in over 10 years. It’s been a blessing to focus solely on music and my health. Now I feel more focused than ever.” Stay tuned for more R3HABilitation in next year’s Top 100.

“It was amazing. Japan is one of my favourite countries and the energy was insane.”

“I’ve really appreciated time at home, getting to cook, eat much healthier and exercise consistently. But I’ve also developed a new appreciation for life on the road.”

“Nothing can replace a live show, but we’ve seen that livestream technology has untapped potential for crafting incredible experiences. Travel and fuel consumption are big offenders; green transportation will be a game-changer when it reaches the scale and accessibility to support touring artists.”

“At the start of the pandemic I bought a Dave Smith OB-6 analogue synth and I love it. It’s so much fun crafting the sounds with buttons rather than a mouse and keyboard.”