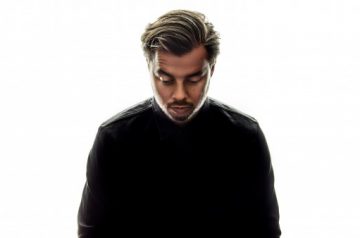 UP 3
Style:
“Electronic with a lot of energy.”
Best known for:
“Bringing big room to the main stage.”
Tune of the year:
“Farruko ‘Pepas’.”
Rising star DJ/producer of 2021: “Curbi delivered a lot of great songs this year and an impressive EP.”
It’s been a hectic year for Dutch EDM DJ and Laidback Luke protege Quinten van den Berg, with a raft of festival gigs across Europe and a brace of new releases. In June, he played at Slovenia’s Smile Nation event, while in September he rocked the main stage at Romania’s Untold festival to a huge crowd, and headlined Luxembourg Open Air.
All that gig-free lockdown time has been spent wisely too, with Quintino releasing six new singles in 2021, plus a load of collaborations. “The focus this year was on creating music,” he says. “I decided that it was time to bring back SupersoniQ Records, so we’ve released several singles totally independently. To see the support on the tracks has been amazing.”
‘Make It Louder’ was a typically abrasive slab of electro-house with a rabble-rousing riff; ‘Coming Home’ had the kind of big vocal hook and relentless melody that gets crowds in a lather; and ‘F Soft Shit’ was a mid-tempo house track with a profane vocal refrain.
‘Back To The Oldskool’ with Dimitri Vegas & Like Mike, though, was an entirely different proposition — a speedy and banging, stripped-down hard dance track, and presumably a tribute to the roots of the Dutch genre. Look out for his brand-new track ‘Moon’, just released on the SupersoniQ label.
How was your first gig back after lockdown?
“It was insane! My first show was a festival in Slovenia, and to feel the energy and the connection with the crowd was the best feeling.”
How have the last 18 months changed how you view your work/life balance?
“I realised how many important moments in the lives of my friends and family I missed over the last years because of constant touring. I’m definitely going to try and have a better balance in the future.”
What’s the best album you’ve heard this year?
“Kanye West’s album [‘Donda’]. He’s always pushing boundaries and to see his creativity is such a big inspiration.”