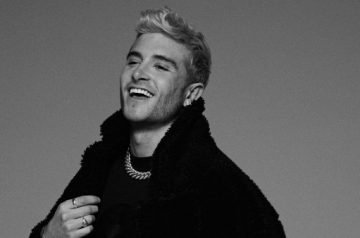 Some people in lockdown started making sourdough. Other people in lockdown did quizzes on Zoom. Danny Avila made up an entirely new genre… “Over the last year I worked on developing my completely new sound concept, mainstage techno,” says the Spanish DJ/producer. “Underground music has always been a part of me and my life and mainstage techno combines pure underground sounds with the higher energy and faster structure of mainstage sounds.”

Think bigroom with even bigger cohones, Danny’s poppy sound has always been top gear and technicolour since he emerged in 2015, and now — as proved by recent single ‘Mother & Father’ — it packs even more of a punch.

Meanwhile, on the DJing side of things, Danny was one of the lucky few DJs to travel and tour in 2020 and he followed this up post-lockdown with a massive live show at Untold Festival, Romania. Plenty more shows are stacking up as Danny continues to set new levels. “It’s really been a very productive few months for me,” he tells us. “With a lot of creativity and positive energy.”

“It was one of the best feelings in my entire career. After being locked up at home for half a year, it was really special to play in front of 25,000 people at S2O Festival in Taipei in September 2020. I also got to play an entire tour of sold-out club shows afterwards.”

“It’s been an emotional rollercoaster, to be honest. The good thing was that I finally had time to take a deep breath and reflect on my career and, just as importantly, on myself as a person. I realised that I didn’t know myself as much as I thought I did, and that time helped me a lot to take some important steps in my life and career.”