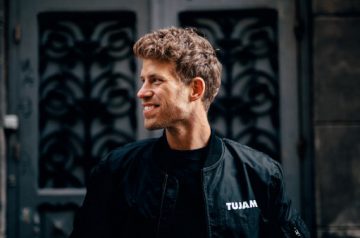 As dark as the pandemic was, there were also some upshots for artists like Tujamo. When he adjusted to having more time at home, he used it wisely and made plenty of new music. “I think I’ve made the best out of the weird time, I’ve done many songwriting sessions and ended up with around 50 new song ideas,” he tells DJ Mag. “I also started to produce for other people.”

The German electro-house titan has collaborated to great effect with the likes of Lotten, Vive and Majan in the last year. Now, having had the time to produce without any stress, without any pressure, he is pleased with the results. “I was finally able to get out of my comfort zone and try different things here and there,” he says.

At one of his recent gigs in front of 60,000 people, he managed to play no fewer than 10 of those tunes to an adoring crowd. Although he says he will continue to tour in the coming year, he also vows to spend more time in the studio than he has before.

“When I arrived at the sold-out venue, I already felt an extra amount of energy from the people. Everyone, including me, had been super-excited to party again after almost 500 days. Unbelievable night!”

“I really enjoyed taking time off after many years of touring. I had a lot of time to recharge, which was really needed, and I changed bits of my daily routine in a good way.”

“For me, I will try to fly less and take more trains.”

“I bought some pretty great analogue recording gear to record better vocals, because I’ve recorded more vocals than ever.”