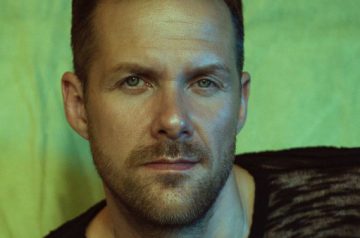 DOWN 10
Style:
“Techno and all its relative styles.”
Best known for:
“My label Drumcode and spearheading the European techno scene as a DJ and producer since the mid-90s.”

From: Sweden, now lives in Ibiza

Rising star DJ/producer of 2021: “Layton Giordani. He’s been on Drumcode for a few years now, but really made a lot of progress in the last 12 months coming off the back of his second album ‘New Generation’.”

Drumcode’s flagship radio show currently has 22 million listeners a week, giving some scope of its host’s audience, even during the past months of lockdown, and the loyalty his tireless, dogged passion has earned. The label’s output has continued unabated too; Dubfire, Alan Fitzpatrick, Luigi Madonna, Bart Skills and Jay Lumen among the big-hitters who’ve contributed to pushing the Drumcode legacy further in 2021.

Beyer himself teamed up with Chicago’s DJ Rush, another techno stalwart, as well as Kevin Saunderson on ‘Re:Generate’, a huge remix project of tracks from Saunderson’s E-Dancer project. Drawing together techno pioneers such as Robert Hood and DJ Bone, with the current wave of youthful stars, including Amelie Lens and rRoxymore, it highlighted Beyer’s hugely respected standing across all techno’s various communities.

“They’ve all been amazing. I feel more gratitude than ever and don’t take anything for granted.”

“Firstly, I’ve been touring for 25 years and I needed a break. So it was a good reset and I enjoyed resting up. But I also realised you should never take anything for granted. Moving forward, every show has felt more precious.”

“The new Pioneer DJM-V10 mixer, which I feel they’ve got bang on. It sounds and acts really good.”