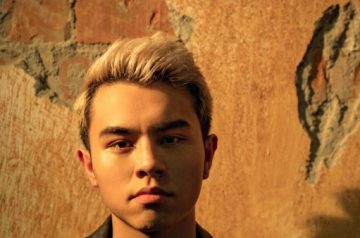 UP 1
Style:
“Anything with a dope groove.”
Best known for:
“My hyperactive personality.”
Tune of the year:
“Swedish House Mafia ‘It Gets Better’.”

Carta is arguably China’s most famous DJ, boasting releases on Heldeep, Revealed and Smash The House and a global audience addicted to his stadium-surfing EDM. Based in Shanghai, Carta has quickly climbed the Top 100 DJs poll, last year reaching No.61 — and he’s up again this year. Recently, he says, his focus “has shifted drastically to home/China rather than the international market”, precipitated not only by travel restrictions but by dance music becoming ever more popular across the country.

In May, he put out ‘Big Beat’ on W&W’s Rave Culture label — not a Fatboy Slim tribute as its title might suggest, but instead a humungous slab of trance riffs and propulsive drums. ‘Reload’, a collaboration with Luminn, ploughed a similar furrow, but his latest release, ‘Kong’ with Laidback Luke, added pensive flute to an acerbic synth and a skipping, almost reggaeton rhythm.

Meanwhile, ‘Chengdu’ on Dimitri Vegas & Like Mike’s Smash The House label was a heavier, more heads-down bass blurter, paying tribute to the south-western city that has become a Chinese clubbing hub. Look out for more big tracks from Carta before 2021 is up.

“To be honest that was a year-and-a-half ago, I’ve only been touring in China since Covid started. Everything re-opened already in April 2020.”

“Nothing much has changed, to be honest. It sounds weird, but everything re-opened quite fast and I actually did more shows.”

“For artists who travel a lot, you can choose to fly ‘green’, which is already a big step, as everyone does this. This is not available yet everywhere, but it’s coming more and more.”

“The new DJM-V10 Pioneer DJ mixer is a game-changer, and the actual sound quality of it is insane.”