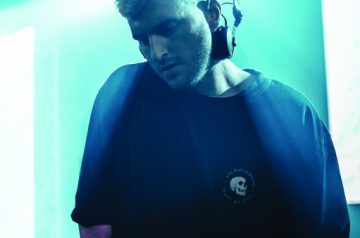 It’s been a busy year for British DJ and producer, D.O.D, now based in the northwest of the county. He kick-started 2021 with the release of ‘Sleepless’ on Axwell’s label, Axtone. Packed with feel-good pianos, it moved away from his self-coined ‘Jack House’ style, but became a smash hit. A partnership with vocalist and songwriter Carla Monroe reworked the track for summer, earning the title of BBC Radio 1’s hottest record, racking up over 15 million streams.

With UK’s restrictions now lifted, he played to thousands of dancers at Creamfields this August, and so far he’s toured with the likes of Steve Aoki, favouring jawdropping stages like Tomorrowland. In the studio, he regularly collaborates with leading labels such as FFRR, Atlantic Records and Armada.

Alongside a relentless work ethic, the artist has also made sure there’s a good family balance in 2021. He shares some good news with DJ Mag: “I got married last December, spent lots of time with my family and made a tonne of new music. It’s been a pretty good 12 months I’d say!”

How was your first gig after lockdown?

“Incredible! It was at Creamfields with a packed out arena of about 10,000 people. Doesn’t get much better than that.”

“It’s made me realise that I don’t need to be constantly working like I used to. The time I’ve had at home with my family has been absolutely priceless, and I’ll be continuing to take more time off in between touring.”