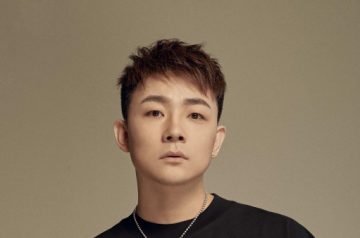 Echo Stage Records label boss Alexso hasn’t had much time to stand still this year. In March he released ‘Mu Lan’, a high-energy thumper, with drops and stabby synths a plenty, following this up in April with ‘Hit Em’, a bassy, groove-laden cut made with Skemaddox, and the warbly electro banger ‘Cardi’ in July. ‘Disruption’, perhaps his most theatrical release to date, landed in September and made good use of traditional Chinese instrumentation alongside his signature drops. The stompy number is a great example of glitch-hop, a sub-genre the electro DJ continues to champion at his label.

Alexso was quick out the stable when China re-opened its clubs, with his first set at the Dreamland Music Festival in October last year, followed by a slew of performances across the Republic. Since then, he has kept busy with a ring of tours, studio sessions and even a collab with Fatman Scoop. Over the next few years, he plans to grow his international base, bringing his euphoric and vocal-heavy sets to the wider world.

“It was in October 2020, at Dreamland Music Festival in a desert. Due to the impact of the epidemic, the audiences dropped by at least 70% this time, as many people were still worried about the risk of infection brought by crowd gathering.”

“I had more time to spend with my family and completed more work in the studio. I started my TikTok account, and it racked up more than 30 million views in three months. Five months after the outbreak, performances in China began to return to normal, and I became even busier than before.”